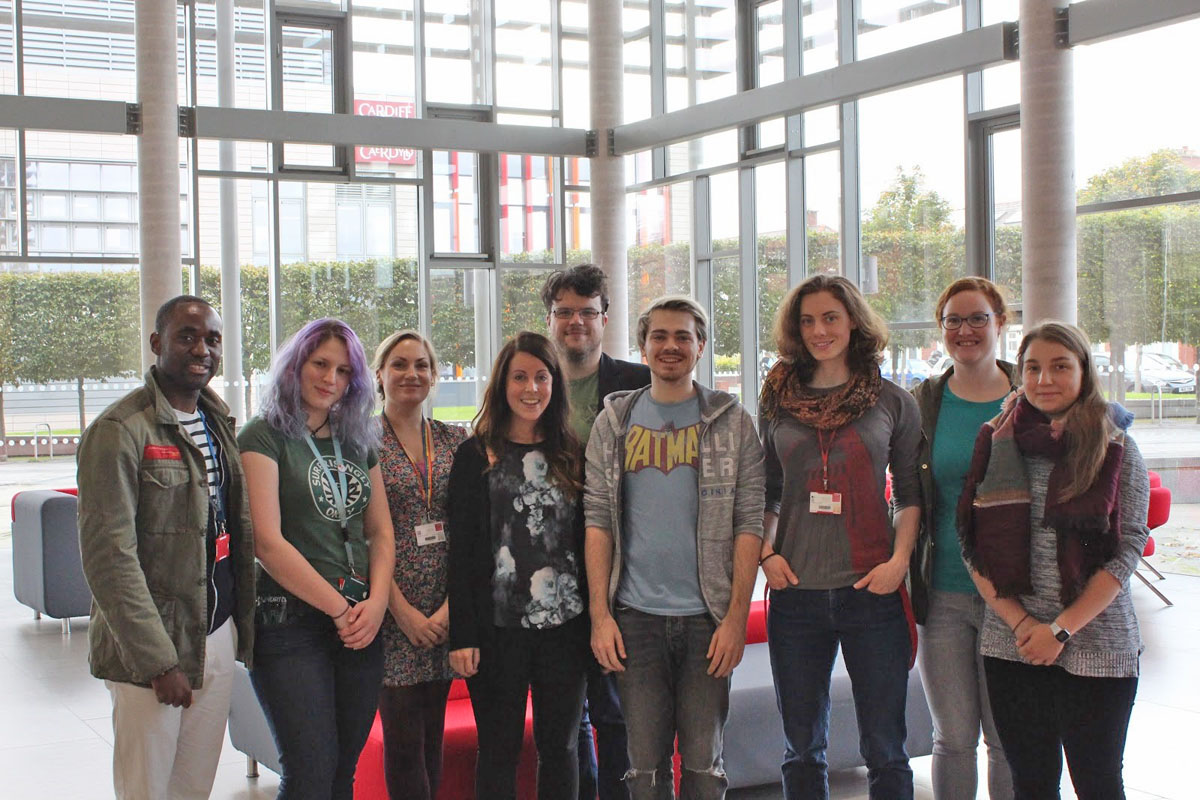 [A note from the editor: we’re trying something new this year. Our community spotlight ‘spot’ will showcase some of the incredible blogs and vlogs that scientists do alongside their day-to-day. We’ll get them to explain a bit about what they do and why. We start with The Brain Domain and the marvelous team behind it.]

What is The Brain Domain?

The Brain Domain is a website that aims to make neuroscience accessible. Created by early-career neuroscientists to improve their writing skills, it aims to make everyone as excited about the topic as we are.

We have all found it challenging to explain our work to those outside of it. Even explaining it to friends and family can be hard! But that isn’t because we’re smart and they aren’t. It is because we work in scientific bubbles, surrounded by others who have spent a long time studying in their field.

Academic writing and working in such an environment helps develop some bad habits. Our friends and family will put up with them, but a lay audience won’t! Writing about something in our field as if it were common knowledge will isolate readers. If we fall back on jargon or the short-hand we’d use with colleagues, no-one knows what we’re talking about. For instance, for those working in stem cell culture the term NPC means neural precursor cell. But in business it could mean non-profit company, and in games it could mean non-player character.

“I think it’s important for people working in science to take an active role, however big or small, in making sure scientific findings are communicated accurately and usefully.”

The challenge comes in balancing accuracy and accessibility. We want to break a subject down without breaking it. Our lay editor, Jonathan, is vital for this balance. He does not have a background in science. Instead, he has studied English and trained as a teacher. At the moment, he is completing an MSc in Computational & Data Journalism. Once our scientists have made sure a piece is accurate, Jonathan edits it to make sure it makes sense. By pointing out jargon and gibberish, he helps us write something people will want to read.

“Too many people are put off science, assuming it is too hard for them. Too often it feels like science isn’t challenging this.”

We founded The Brain Domain in 2015 when most of the team were in the first year of their PhDs. Traditionally, science communication skills were rarely seen as a necessity. However, for new scientists in particular, they were quickly becoming one. With no taught modules on how to do it, we thought it best to start a project to develop these skills together.

“It was a time when I was being excited by many different forms of neuroscience, yet without being an expert in any one field.”

At first, The Brain Domain was a way to procrastinate in Cardiff’s cafes. It has come so far since then and in the last year, our audience has increased significantly. This is in part due to increased collaboration with other scientists at Cardiff University. Externally, we have had support from the British Neuroscience Association. We are extremely grateful to everyone who has helped us.

“I believe it is equally important to be able to convey scientific concepts and discoveries to a lay audience, being capable to communicate the excitement that comes with being a scientist.”

We have all struggled to give this project the time it needs whilst keeping up with our PhDs. This is partly why we have welcomed in new writers. Yet we have always found the time to squeeze the project in around our studies, as it has become so rewarding.

“In biology, I can almost hear the heartbeat of the universe, and when you hear a heartbeat, you immediately want to show it to someone else”

“We need to more effectively communicate not only our findings and their implications, but also our methodologies and the scientific process, in ways people who haven’t spent decades studying it can understand”

Finally, Tipbox asked us what we would like to communicate to new scientists:

PhD students need to have a life outside of science. Have other interests you can enjoy and progress in. Look after yourself, both physically and mentally and know that you are not alone. When it comes to the science, Rachael summed it up well. Know enough breadth in your subject so you know where it fits in, but settle on the fact that you’re extremely knowledgeable on a tiny topic that most people haven’t even heard of. Don’t let that make you go mad … talk to other people and work with others when you can.

If you have something you want to be spotlighted, get in touch with us on our social channels or send us an email.

The Brain Domain seek to bring fascinating neuroscience to a wider audience. The articles are written by a team of in house and guest authors, who all bring their own styles and quirkiness to the topics so that it does not just feel like reading a paper. It additionally provides a platform for early career researchers to practice their writing, a skill that is becoming more vital to science.

View all contributions by The Brain Domain