UNDER THE MICROSCOPE: WHAT ARE DNA, RNA, AND PROTEINS? 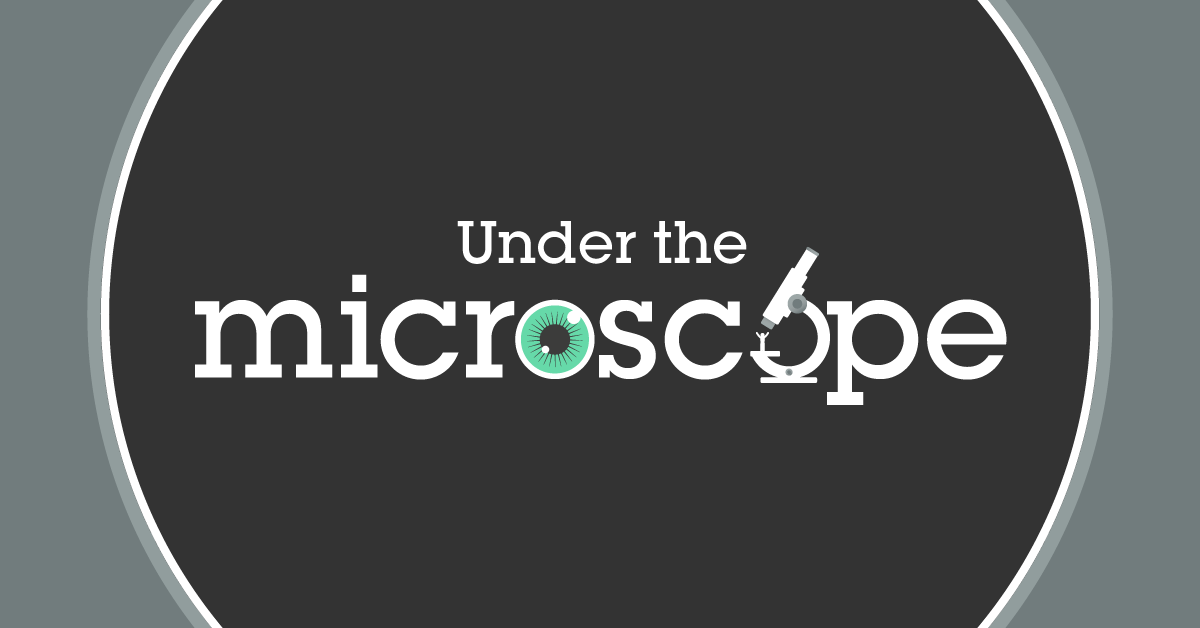 What are DNA, RNA, and proteins? “Well, that’s easy,” you may be thinking. “DNA is made from four bases, is in the shape of a right-handed double helix, and is the basis for everything within our cells. It is broken down into units called genes, which are translated into mRNA before being transcribed into proteins.”

But how do you describe DNA to someone without a scientific background? Perhaps not so easy. Over to Dr Michael Weiner who will help you with this task.

Start by imagining two rooms. In the first room is a 1-million page instruction manual for every ‘thing’ you would ever need to make a human being. That manual rarely changes and can never leave the first room.

What the carpenter is doing is translating the instructions from words on a piece of paper into something entirely different. In the everyday world, ‘translation’ means changing something written or spoken in one language into another language, and that meaning is no different in biology.

So how do you get the instructions from the million-page instruction manual to the carpenter? Easy, let’s hire a messenger who will perform the following:

But what if you want to make tens, hundreds, or even thousands of the same ‘thing’? You can either:

As scientists, you will have realized that DNA is the instruction manual in the first room (which is itself the nucleus of the cell) and the messenger is RNA, or, to be more specific, messenger RNA (mRNA). The mRNA takes the instruction to the correct machinery to be made into a ‘thing’, or protein.

In the introduction to this series, I mentioned that science had been flung into everyone’s homes due to COVID-19. So, how does this article help you explain the COVID-19 virus, SARS-CoV-2?

In the second room, it hogs the carpenter’s time. Every time the carpenter completes a ‘thing’, SARS-CoV-2 jumps the line in front of any other messenger coming out of the first room and demands the carpenter make more SARS-CoV-2 ‘things’ first. This is what we mean when we say the virus is ‘taking over the cell’s machinery’.

The cell is now making SARS-CoV-2 ‘things’ and is no longer making the things that the cell needs to keep living. This is not sustainable for the cell and eventually results in cell death. As the cell dies, it ruptures, and multiple copies of SARS-CoV-2 are released from the cell; it’s like rats abandoning a sinking ship. Only in this case, the rats also made the ship sink.

In the next part of this series, we will focus on how to explain a familiar technique to scientists, the polymerase chain reaction (PCR).

Dr Michael Weiner is Abcam’s Vice President of Molecular Sciences. Throughout his career he has founded more than four biotech companies, including Affomix, GnuBio, and AxioMx.

Throughout his career, Dr Weiner has developed several tools widely used in molecular biology. These include the first commercial Next Generation DNA sequencing instrument, a bead-based genotyping method, and improved methods for the production of monoclonal antibodies.

Beyond his career as a scientist, Dr Weiner is a dedicated mentor to multiple bioscience professionals. He is also an inventive artist!

Dr Michael Weiner is Abcam’s Vice President of Molecular Sciences, and has founded more than four biotech companies, including Affomix, GnuBio, and AxioMx. Throughout his career, Dr Weiner has developed several tools widely used in molecular biology, such as the first commercial Next Generation DNA sequencing instrument, a bead-based genotyping method, and improved methods for the production of monoclonal antibodies. Beyond his career as a scientist, Dr Weiner is a dedicated mentor to multiple bioscience professionals, and is also an inventive artist!

View all contributions by Michael Weiner