HOW DO YOU WRITE A SCIENTIFIC PAPER IN NO TIME AT ALL AND NOT BORE PEOPLE TO DEATH? 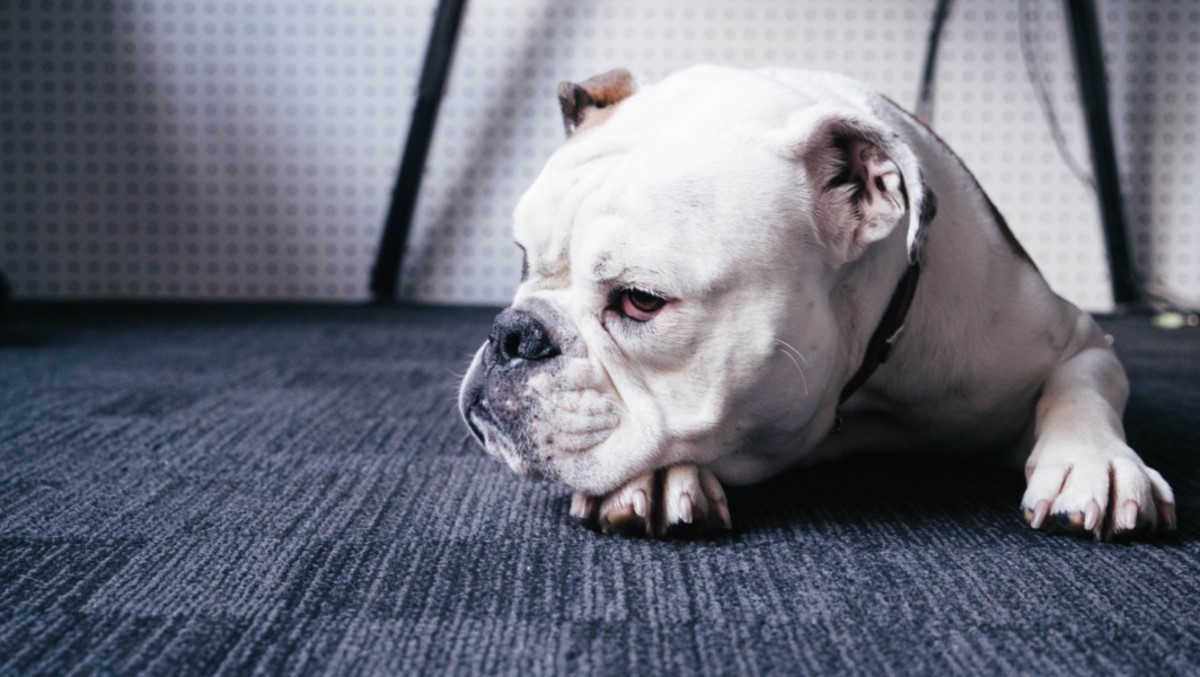 And by no time at all, I mean in a measure of time that’s less than usual. So, how do you write a scientific paper on the quick and also make it awesome? Simple. You stop writing like an academic.

You’re a busy scientist. You’ve got experiments to run, lab meetings to cry about, hypotheses to formulate, data to analyze, and grants to chase. You’ve gotta hustle. You gotta science! You don’t want to be agonizing over a paper for the next two months. Right, enough of that, let’s look at the paper structure. Here’s what you do.

Write what you know

The Abstract is the first and, let’s be honest, the most crucial part of the paper. It’s what editors will look at to determine if your work is worthy. It’s what 90% of people will only ever read. It’s the summation of a ton of work. Yeah, it’s way too hard to write now. Come back to this last.

The Introduction – NOPE! You can’t introduce a paper you haven’t written yet. I know you want to open with that fateful line, “There is currently a paucity with the literature pertaining to….” Bleeuurrgghh. Don’t do that. I’ll come back to these terrible phrases, but for now, leave the Introduction as well.

Ahhh good old Methods. You know this section oh-too-well. Get all those details down, toot sweet! And don’t be that “Assays were carried out according to protocols established in Johnson and Whatshername, 19ages-ago,” person. Don’t make people find another paper to understand your paper. Get all the good stuff you need down. And while we’re here…

Take some credit! Impart some action. Less of this “Assays were conducted via this thing” and more of “I (or we if it was a team effort) ran assays to test for the presence of stuff.” You did the stuff – tell the people! The assays weren’t run by some disembodied entity (I assume). You did them. Take credit for your hard work. Okay, one section down.

Yep, you know these as well. Get ’em in there. Don’t discuss the results here – save that for the Discussion (duh!). Think about when to use a figure and when to explain things. Pictures say a thousand words or paint a picture, or some other twaddle, apparently, so save yourself the from rambling on and explaining every change in every data point. Instead, use figures to show data trends and use results to show summaries. Don’t duplicate effort. We’re all sick of reading through impenetrable paragraphs overflowing with dozens of parentheses, p-values, and +/- ranges. Bash it in a figure. Give readers the crux of it in words. You’ll have my thanks. Everyone will thank you. Get ready for your new-found popularity, Captain Brevity.

There’s a tried and tested formula here: recap the point of all this; hit ’em with the primary result addressing the point you mentioned; any additional results; how this relates to other work; anything weird that happened and limitations; next step and bigger picture stuff. BOOM.

You know the ending and all the plot twists so this should be a breeze. Don’t go all in with spoilers and throw away all the good bits right up front. Tell a story. This is about narrative. Make people give a care. But get to the point. This isn’t your thesis introduction (which is also too long. Trust me. Go edit it. Now), so no one needs a rundown of all existing literature from the past 30 years.

What’s the problem? Why is it a problem and how comes no one can figure it out? Mention those people who had a bash a solving it. Mention your groundbreaking, earth-shaking, super-hot novel way to blow this case wide open. And end with “I did this stuff to show how this thing functions.” Add in a one-liner implication statement to close: “This completely changes how we view the whole process.” Easy peasy.

Just take the best bits from all the sections you’ve now written – you’ll be pleasantly surprised by how quickly you finish this section. And how much better it sounds than if you started with it.

Okay so now that you have a quick-fire approach to getting a scientific paper structured, it’s time to look at the language. Academics love to prattle on about a subject without actually saying much. How many times have you read a paper, in your own field, and had to go back over the sentence you just read? Too many times, that’s how many.

Bad academic writing is confusing and, quite frankly, pretentious. I don’t know if it comes from a place of “I studied for x number of years so maybe you shouldn’t be able to understand this. And that’s why I’m going out of my way to make this needlessly complex,” or if it’s just them being straight up bad at writing. So, here are some tips on what to avoid.

Enough with the jargon

The jibber jabber. The gobbledygook. Making things complex for no reason at all. Bad science writers always utilize, never use; things occur as a result of, never because; and it’s always the majority of, never most. Here’s an example of what Gross and Sis1 call “pseudo-gobbledygook”. The words are borderline plain, but it’s the way they’re put together.

Jibber jabber: In the course of this study, a method, which was found to be expedient and not very difficult to accomplish, and which possessed a high degree of accuracy in its results, was devised whereby. . . .

Plain English: We made a simple, accurate way to…

Academic jibber-jabber, or ‘academese,’ is rife with nominalization: making something into a noun by throwing an -ance, or -ion, etc. onto the end. Helen Sword calls these ‘zombie nouns,’ because they,

[Academese]: The proliferation of nominalizations in a discursive formation may be an indication of a tendency toward pomposity and abstraction.

The sentence above contains no fewer than seven nominalizations, each formed from a verb or an adjective.”2

And these are littered across academic papers. Here’s an example from Steven Pinker’s book:3

Zombie jargon: Participants read assertions whose veracity was either affirmed or denied by the subsequent presentation of an assessment word.

Plain English: We presented participants with a sentence, followed by the word TRUE or FALSE.

And finally, I came across this after a few PubMed searches:4

MEGA JARGON (BRACE YOURSELF): The syndromes of Sotos and Weaver are paradigmatic of the daily nosologic difficulties faced by clinical geneticists attempting to diagnose and counsel, and to give accurate prognoses in cases of extensive phenotypic overlap between molecularly undefined entities. Vertebrate development is constrained into only very few final or common developmental paths; therefore, no developmental anomaly seen in humans is unique to (“pathognomonic” of) one syndrome. Thus, it is not surprising that prenatal overgrowth occurs in several syndromes, including the Sotos and Weaver syndromes. Are they sufficiently different in other respects to allow the postulation of locus (rather than allele) heterogeneity?

Okay, I think you get the point: avoid jargon whenever possible. Just cut it out. Choose straightforward language that clearly tells people what on earth you did. Just say what you need to say. Sometimes, we have to use specialized terminology because we deal with specialized concepts, but you don’t need to resort to jargon all of the time. I find that jargon always crops up when you try way too hard to explain something. Or, when you’re not really sure what it is you’re on about (just saying…).

Cut to the chase

Way too often in academic writing, the point is buried somewhere in the middle of a rambling, passive, third-person sentence. You can think of this as ‘fatty language.’ Let me show you.

Ramble: The study here demonstrated that normal feeding levels were reduced, as were water-intake levels, across all animal groups.

The chase: Animals ate and drank less than usual.

“The study here” obviously. Bin that. “demonstrated” nope – no need for this here either. What are you talking about? “normal feeding levels were reduced” okay now we’re getting someone – guess I have to see what’s at the end of this cliffhanger. “as were water intake levels” oh the clunk, the clunk is real! “across all animal groups” wait, what are we talking about again?

Passive sentences are longer and less clear than their active counterparts. Try to make the subject do the acting (The scientist wrote the paper), rather than having the subjected acted upon (The paper was written by the scientist). It’s your job to get out there and trim the fat.

And the whole third person thing – yeah you gotta rein that in. Like a passive voice, the third person is lengthy for no good reason. It also makes it hard to tell who’s doing what. “The authors would like to acknowledge Drs Stevenson and Jenning for their support and thank Alan for his copyediting of this manuscript.” The authors? Which authors? Oh, you mean you! And “would like to…” Would you indeed? Then just do it! “Thanks to Drs Stevenson and Jenning for their support and to Alan for copyediting this.”

Finally, if you don’t cut to the chase when opening your work, no one’s going to read it. Sorry. “This paper details the investigation into how axis-formation in embryos is distorted following exposure to lithium chloride,” is rubbish. But “Lithium chloride distorts embryonic axis formation,” is much better!

Don’t be afraid to use “I” or “we.” A passive voice certainly has its place, particularly when it comes to the Methods section, but try to keep it to a minimum. Restructuring your sentences to use the active voice will make them shorter and more engaging.

There you go: how to write a scientific paper in no time at all and almost definitely not bore your audience to death (results may vary, success not guaranteed). Who knows, maybe they’l  even cite and share it! Good scientific writing isn’t a mystical art. It isn’t something that you have to spend years training for. You don’t need another degree. It’s entirely within your reach. It just takes practice.

I will leave you with words from a master, George Orwell. At the end “Politics and the English Language” Orwell lays out six rules for writing clearly.5 These rules were relevant in 1946, and they’re still relevant now.

Now, go write some stuff. Get some practice in. And please, in the name of all that good and for everyone’s sake, keep it simple.

Check out other articles on scientific writing here! 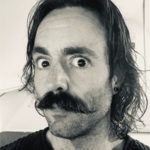 View all contributions by Bill Hinchen