We wanted to hear from people who felt they worked alongside someone in the lab who goes above and beyond the call of duty. A person who has saved your experiment and sanity more times that you can count.

And we had responses. But there could only be two winners. It’s time to honor those two heroes.

First up we have Andy. Here are the kind words we received from a former lab partner.

Every single day our entire lab would bombard Andy with questions about where literally everything is and he would ALWAYS know. Despite this 24 hour babysitting, he would still get his 9 to 5 done and do it better than anyone else could. He’s a silent guardian. A watchful protector. A dark knight. And nothing at all gets done when he’s off sick. What a hero. 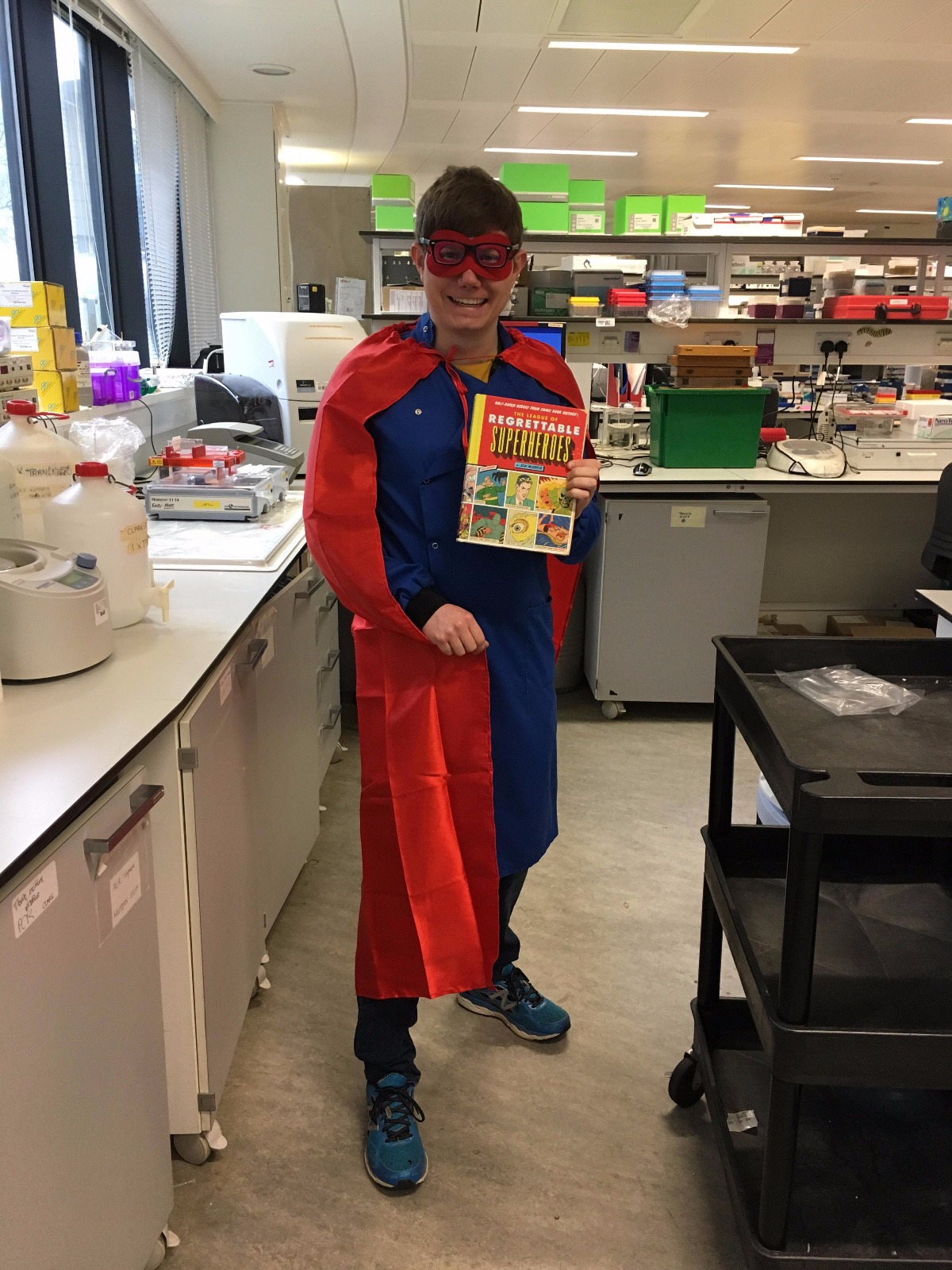 Next we have Tony. Here’s a taste of the emotional nomination we were sent.

All hope was lost, until a resourceful and cunning hero entered the lab. His unwavering voice boomed, “I’ll take care of it!” And with a flash, he was gone! Not 10 minutes later he returned with enough agarose to last through the week. Not finished, he sat down at a computer, and with accuracy and intelligence, changed our supplier of agarose to ensure timely arrival. The experiments would go on! You can call him HERO!

Thanks to everyone who sent in nominations. You are all heroes, but we could only honor two.

Contribute to our new advice book for the lab