SEVEN INSPIRING WOMEN IN SCIENCE YOU MAY NEVER HAVE HEARD OF 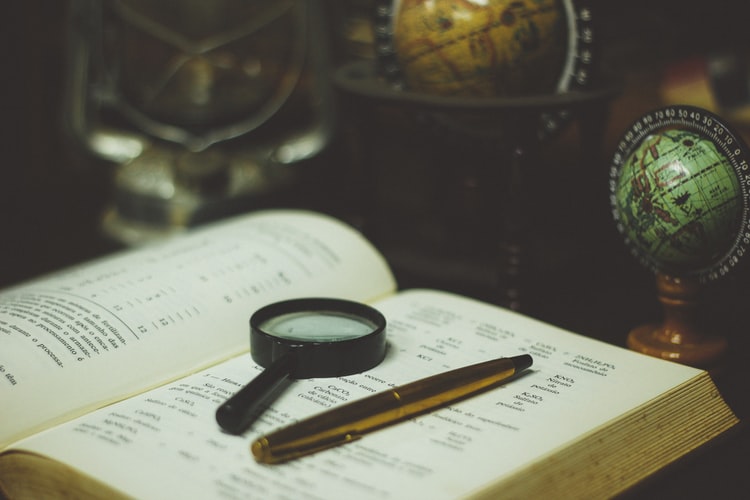 As March is Women’s History Month, we would like to celebrate it by sharing seven stories of incredible female scientists. We all know about such giants of science as Marie Curie, Rosalind Franklin and Ada Lovelace. However, today we want to recognize the scientific contributions of less-known women that drove the science forward. We hope that you can source some inspiration from their amazing personalities, life stories, and scientific discoveries.

Additionally, we would like to raise awareness of different funds and organizations, named after some of these scientists, that support women in science and researchers in general.

German-born astronomer, Caroline Herschel became the first woman to receive a salary for her scientific work. She discovered eight comets, including the periodic comet 35P/Herschel–Rigollet, which bears her name. Caroline is often credited as the first woman to discover a comet; however, this was done by Maria Kirch in the early 1700s.

Apart from the comets, Caroline discovered 14 nebulas and added 561 new stars to Flamsteed’s Atlas. Caroline worked together with her brother and fellow astronomer William Herschel, who pioneered the use of astronomical spectrophotometry and discovered infrared radiation. Although Caroline started working as her brother’s assistant, she was eventually recognized as an important astronomer in her own right. She received a Gold Medal of the Royal Astronomical Society (RAS) in 1828 (first time for a woman) and became an Honorary Member of the RAS in 1835.

Emmy Noether was a German physicist and mathematician, recognized for her landmark contributions to abstract algebra and theoretical physics. She was one of the leading mathematicians of her time and developed the theories of rings, fields, and algebras. In physics, she is famous for developing Noether’s theorem, which explains the connection between symmetry and conservation laws.

Albert Einstein described her as “the most significant creative mathematical genius thus far produced since the higher education of women began”, while Irving Kaplansky called her “the mother of modern algebra”.

“My methods are really methods of working and thinking; this is why they have crept in everywhere anonymously” (Emily Noether)

Noether’s career hasn’t been easy because, at her time, women were largely excluded from the academic positions. After completing her PhD in 1907, Noether worked unpaid on her research at the Mathematical Institute of Erlangen for 7 years. She spent several years at the University of Göttingen, lecturing under the name of another mathematician, David Hilbert. Noether won formal admission as academic lecturer only in 1919.

Emmy Noether funding allows postdocs and junior professors in Germany to qualify for the professor post at the university by leading an independent junior research group for six years.

Can you believe that Alice Ball, African American chemist, was only 23 years old when she developed the first successful treatment for leprosy? She developed this treatment while pursuing a master’s degree in chemistry at the University of Hawaii.

In the early 20th century, people suffering from leprosy were highly stigmatized and had no chance of recovery. Oil from chaulmoogra tree was the only treatment available at the time, but it was difficult to use effectively. Ball developed a technique to isolate active compounds from the chaulmoogra oil and chemically modify them, making the oil compounds injectable and absorbable by the body. Ball’s injectable oil treatment cured thousands of infected people. The treatment stayed in use for over two decades until the introduction of sulfonamide drugs in the 1940s.

Tragically, Ball died shortly after her discovery, at the age of 24. Another chemist, Arthur Dean, published her findings without giving her the credit. Six years after Ball’s death, Dr Hollman – who originally encouraged Ball to explore chaulmoogra oil – published a paper, acknowledging Ball’s research and naming the injectable form of the oil the “Ball method”. In Ball’s memory, Hawaii now celebrates “Alice Ball Day” every four years on the 29th of February.

As a Russian mathematician, Sofia Kovalevskaya was not allowed to study in her home country because of her gender. She nevertheless had an impressive scientific career, making valuable contributions to analysis, partial differential equations, and mechanics. Kovalevskaya was the first woman in modern Europe to obtain a doctorate in mathematics, the first to become a professor of mathematics and the first to join the editorial board of a science journal.

To leave Russia and study abroad, Kovalevskaya had to enter a marriage of convenience with a paleontologist Vladimir Kovalevsky, who supported ideas of emancipation and education for women. In 1869, Kovalevskaya was accepted to Heidelberg University, Germany as its first female student. In 1874, she won the recognition within the European mathematical community for her paper on partial differential equations, which proved the Cauchy–Kovalevskaya theorem (a special case of the theorem was proven earlier by Cauchy).

The Kovalevskaia Fund, founded in 1985 and named in her memory, supports women in science in developing countries. Also, the Alexander Von Humboldt Foundation of Germany bestows a bi-annual Sofia Kovalevskaya Award to promising young researchers.

Maryam Mirzakhani (1977–2017), the first and to-date only female winner of the Fields medal

In 2014, Mirzakhani became the first woman to win the Fields Medal. The Fields Medal is the most prestigious award in mathematics and is often considered as the mathematician’s Nobel Prize. Mirzakhani received this award for “her outstanding contributions to the dynamics and geometry of Riemann surfaces and their moduli spaces.”

Mirzakhani research described the geometric and dynamic complexities of curved surfaces – spheres, doughnut shapes and even amoebas. Mathematician and Fields winner, Manjul Bhargava called Mirzakhani “a master of curved spaces”. Although Mirzakhani’s research was highly theoretical, it has implications for the study of prime numbers and cryptography.

“I don’t have any particular recipe [for developing new proofs]. … It is like being lost in a jungle and trying to use all the knowledge that you can gather to come up with some new tricks, and with some luck you might find a way out.” (Maryam Mirzakhani)

Lise Meitner (1878–1968), discoverer of the nuclear fission of uranium

Lise Meitner was an Austrian physicist who played an essential role in the discovery of nuclear fission. She also pioneered the field of radiation physics with her work on protactinium.

Meitner collaborated with Otto Hahn and Otto Frish on the “transuranium research” program, which resulted in the discovery of nuclear fission. While Hahn’s experiments demonstrated that the uranium nucleus can break apart, Meitner and Frisch articulated the first theoretical explanation of the fission process. However, in 1945 Otto Hahn alone received the Nobel prize in chemistry for this discovery.

The discovery of nuclear fission allowed the development of nuclear reactors and, sadly, nuclear weapons during World War II. Meitner received an offer to join the Manhattan Project (1942–1945) in the US; but she was against the creation of the atomic bomb and rejected the offer.

“Life need not be easy, provided only that it is not empty.” (Lise Meitner)

Although she was never awarded the Nobel prize, Meitner received multiple awards later in her life, such as the US Enrico Fermi Award, as well as numerous posthumous honors, including the naming of chemical element 109 meitnerium.

An Italian neurobiologist, she earned a Nobel Prize in 1986 (jointly with colleague Stanley Cohen) in the physiology or medicine category for the discovery of the nerve growth factor (NGF).

Levi-Montalcini successfully graduated in medicine from the University of Turin in 1936, but two years later Mussolini’s Race Laws interrupted her career in science. As a Jew in a Fascist Italy, Levi-Montalcini was no longer allowed to have a professional or academic career. She built a laboratory in her bedroom, where she dissected chick embryos and studied their motor neurons. Eventually, she developed a theory about embryonic nerve cells that laid a foundation for the modern concept of nerve cell death as a part of normal development.

“Above all, don’t fear difficult moments. The best comes from them.” (Rita Levi-Montalcini)

Rita carried out her most important work on NGF at Washington University in St. Louis in the US. In 1948 she discovered that a type of mouse tumor triggered nerve growth after implantation into chick embryos. This was due to a special tumor substance, later named NGF. Levi-Montalcini developed an in-vitro culture technique for growing neurons in a dish, outside of the embryo. This technique allowed Levi-Montalcini and biochemist Stanley Cohen to isolate NGF and to demonstrate its potent effects in preventing neuronal cell death.

Later in her career, Levi-Montalcini became a prominent figure in Italian politics and an advocate for scientific funding and women in science. She served as a Senator for Life in the Italian Senate from 2001 until her death in 2012. And at the age of 97, she won an important battle for Italian science against far-right Italian politicians, preventing the cut of funding for research. Levi-Montalcini stayed an active researcher and mentor until her death at 103 years. 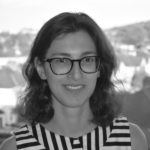